The project involves the development of sports pitches (football and korfball), including the path structure and the design of a club room.

The site is located within a plot of land on the fringe of Antwerp.  While the site contains no remarkable ecological quality, it was the ‘informal green’ that appeared most attractive.

The project has a very socio-environmental dimension.  As there are a diverse range of users, it was necessary to provide both a variety of space but also a variety of spaces that can easily change function.  Finally as the site adjoins a small creek there is an opportunity to improve the ecological conditions and treat water. 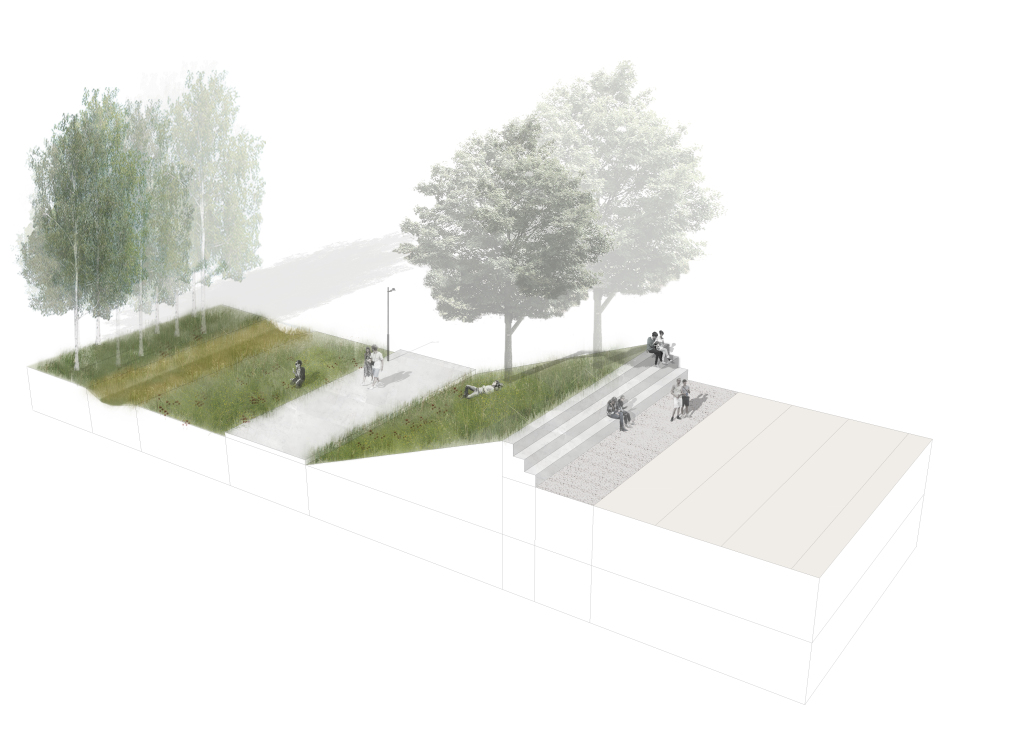 The design proposal focused on exploring joints and rooms within the master plan. The joints are the functional carriers, the outlines along which the spatial planning and imagination takes place and the most constant factor in the park. Within this framework activities can be entered that may be variable over time. Secondly the structure is the image carrier. The structure and the image of the joints therefore play a great part in the experience of the park. The sports activities again form the rooms, hollowed out empty spaces between the joints. The rooms are given their own scale and architectural dimension. A multitude of trunks with high crowns create green frameworks.

The east-west route in the extension of the park Rivierenhof forms the backbone of the complex. A hierarchy is introduced, in which the secondary path network runs in a zigzag. Entrance plazas open up the park programmes and the club rooms.

The concept of the central plaza is adapted to form a green park plaza; a sunken field gives the place the necessary centrality and theatricality without disturbing the image of the joints. In winter the ‘bowl’ becomes an ice rink. The park plaza works on different levels of scale: it seeks to connect both the ‘urban’ precincts and the ‘rural’ surrounds. 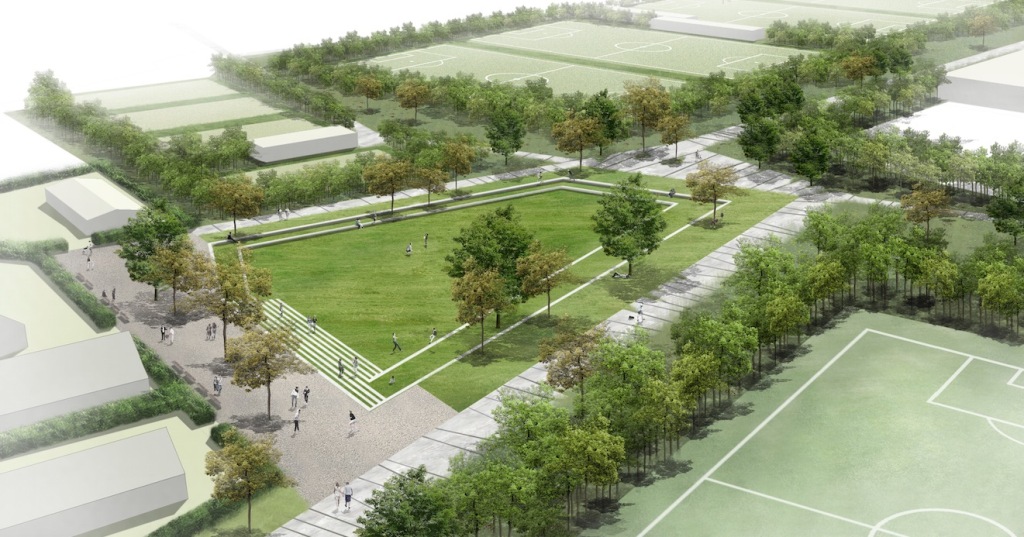