Brussels’ premiere commercial street, Rue Neuve is in urgent need of a makeover – from the public space and the mix of shops and housing.  As shopping district has some of the most expensive real estate in Brussels, the buildings are used almost exclusively for their prime commercial function leaving a large part of the buildings inaccessible from the street.  The other downside is that the space is used intensively for only a short period of the day.  Then as the site is so intensively used, there has been almost no chance of redeveloping the public space due to the interruption to the commercial functions.

This site is in the city centre which means that the scope of the project is focused largely on socio-economic conditions.  After a quickscan, we found a few clear objectives (refer to the Compass Map):

Firstly a masterplan was to be developed to identify strategic projects that will provide the site with a much greater diversity with an emphasis on diversifying the trade program, increasing mixed functions (such as residential space) and finally to connect with surrounding functions.  Secondly the streetscape design was to be developed that ensured that the entire space was treated as a single district with robust materials. 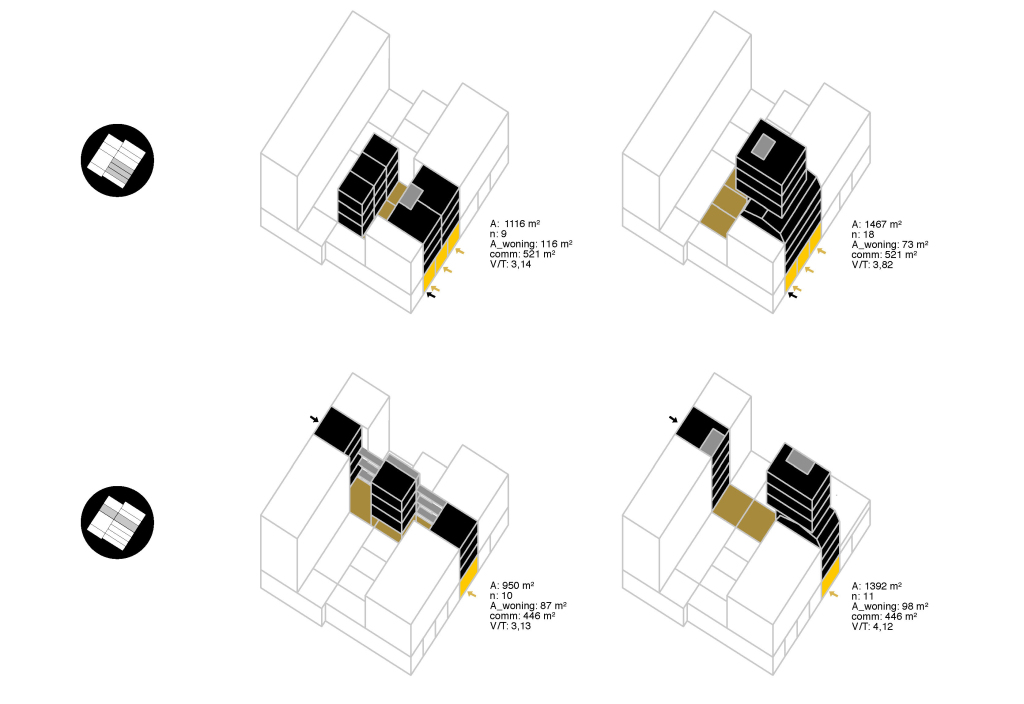 The team approached the project by creating a dynamic and mixed program with a metropolitan focus, highlighting the unique characteristics of the commercial district.

The strategy investigated ways to integrate the recently upgraded areas within the neighbourhood such as Place des Martyrs, Place de la Monnaie and the Place de Rogier.

In order to maintain its prominent position within the metropolitan area, a greater variety of retail types were explored, which included a improving integration with other urban functions in a larger environment.  By promoting the smaller side streets for boutiques and by intensifying trade activities and urban experiences in the large complexes such as Inno, Brouckère and City 2, visitors will be encouraged to discover a larger part of the city – both horizontally and vertically.

For a number of strategic sites, a mixed living and trade programme will also be explored – including accessibility options that are currently blocked by the shop-fronts.

In short, the design and choice of materials for the redevelopment of the streetscape aims to integrate the atmosphere, orientation and complexity of the pedestrian area in the historical centre. To complement the strong linearity and highly intensive use of the Rue Neuve, specific public spaces are created along the axis, with seating areas, trees and artistic interventions. 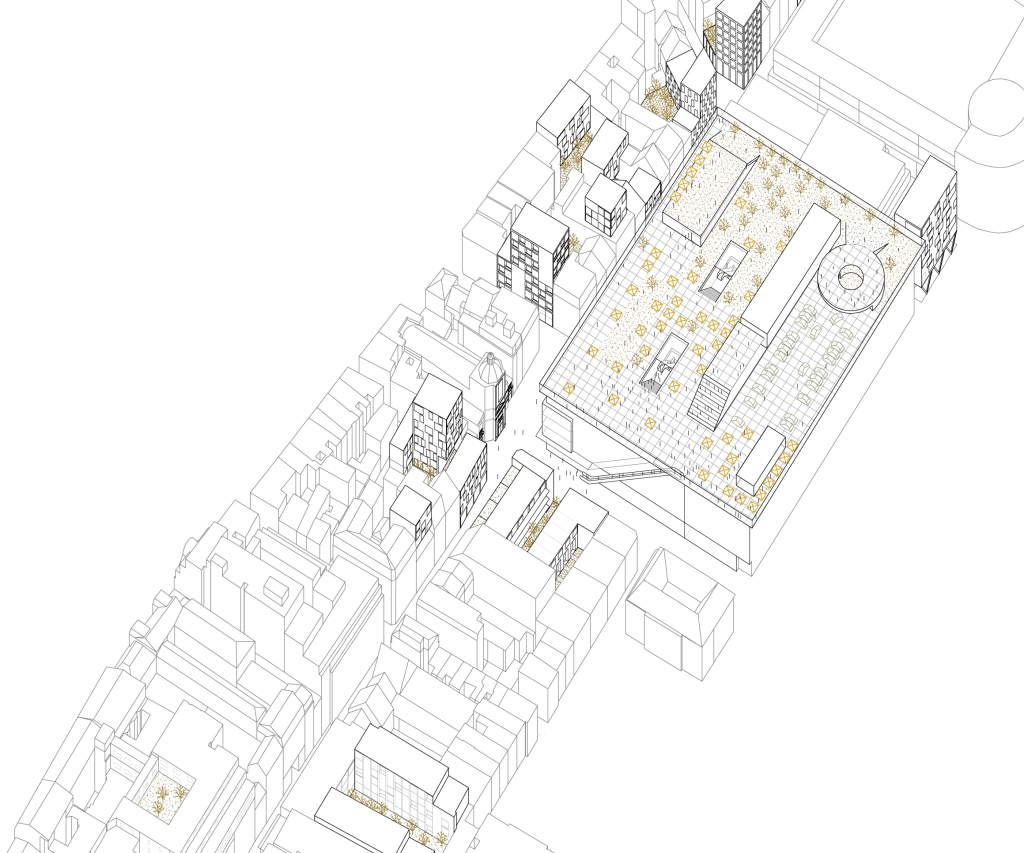